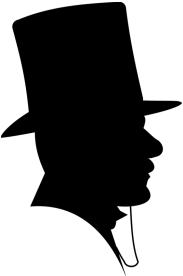 Daniel Shaw Haight
​We have no known photo or drawing of Daniel Shaw Haight, although his importance to Rockford's early development is undisputed.  Among many other positions, he was the first sheriff, the first postmaster, and the first president of the village of Rockford.  Haight Village on the near southeast side is name for him. His first home was on the northeast corner of State and Madison. He built many builidngs; not one has survived.
EARLY HISTORY

The geographic area that became the state of Illinois in 1818 has a long history of human habitation and transfer of ownership. Ancient Indian burial mounds in Cahokia and Dixon and as close as Beattie Park and Tinker Cottage attest to thousands of years of human occupation before the modern Indians and whites fought over the land. However, we will begin our history at the end of the Blackhawk War (1832) when the Winnebago Indians were driven north into Wisconsin. At that time, Galena had already been settled and was thriving and Chicago just beginning its journey toward world fame.

The first settlers in Rockford (at Rocky Ford) were Germanicus Kent, Thatcher Blake and  Lewis Lemon.  They built a cabin on the west side of the river on the banks of  Kent Creek in 1834.  The east side was first settled by Daniel Shaw Haight and his family in April, 1835. He chose a spot at the top of the hill from the river which today is the northeast corner of State and Madison in Rockford.  This area was then in Jo Daviess County; Winnebago County was established by the Illinois state legislature in 1836.

In the fall of 1834 Germanicus Kent, Thatcher Blake, Lewis Lemon and at least two others became the first European settlers to make a permanent home near the rock ford on the Rock River. This was the beginning of the city of Rockford. Kent was the leader of these men.  He had hired Blake to oversee the building operations; Lemon was Kent's slave even though the two men had come to an agreement as to how Lemon could buy his freedom. The other men were hired hands from Galena and did not stay on in Rockford. Kent's wife, and his children came from Galena in May of 1835. Blake was not yet married and Lemon never married. 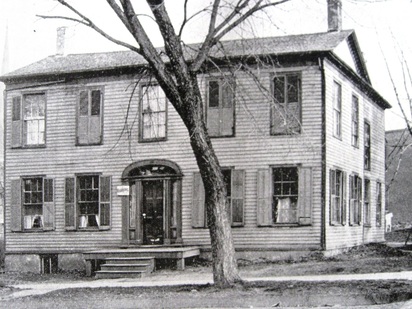 This house was one of the homes of Daniel Shaw Haight, eastside Rockford founder. It served also as an inn and was the location of the first session of the Circuit Court to be held in Rockford. It stood on East State Street near the corner of State and Madison. Later, it was cut in half and moved to the northeast corner of South Second and Walnut Streets. It was demolished in 1906.
In the spring of 1835 on the other side of the river and up the hill where State and Madison cross today, Daniel Shaw Haight and his family came to settle. No pictures of Daniel Shaw Haight or his wife Mary have been found to date. The story is that at first they slept under a Burr Oak tree, then built a double wide log cabin, then a frame house/inn and later still a large frame house, a small brick house, and a larger brick house that Haight boasted used over 10,000 bricks. The  story of these families and the people who came after them is the story of Rockford.
Visit us on FaceBook.