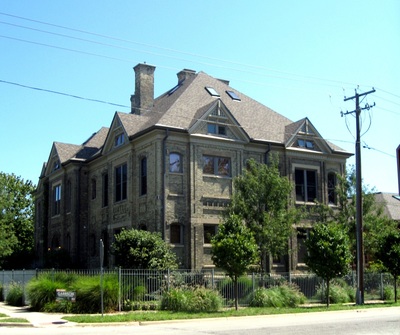 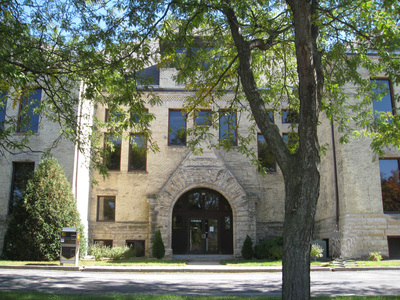 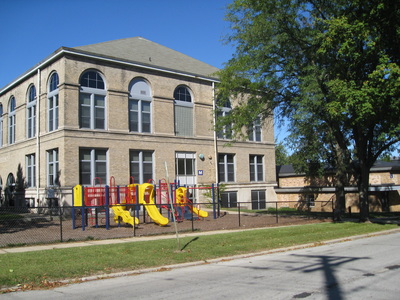 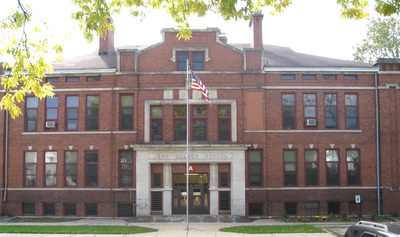 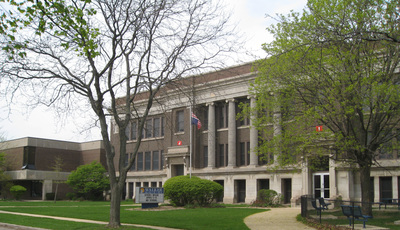 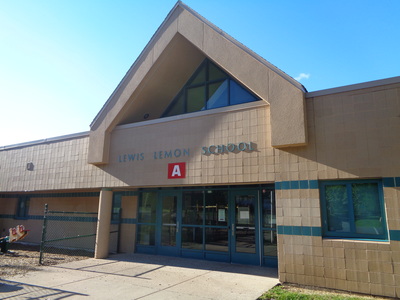 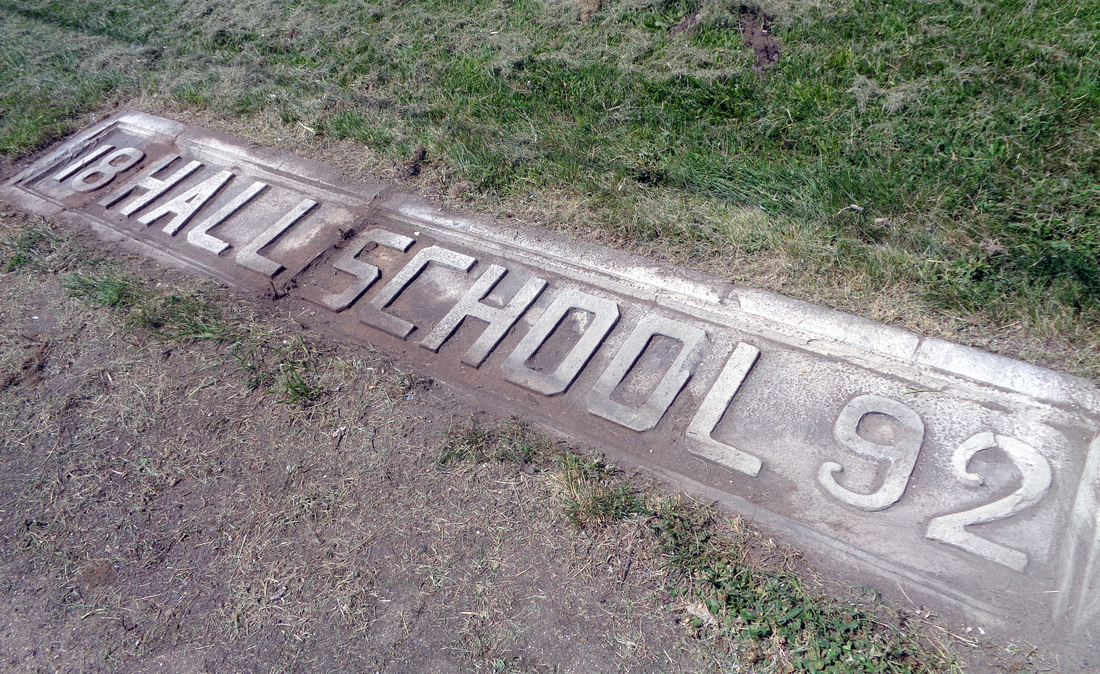 All that is left of Hall School is the chiseled stone sign from the school building.  It was placed at the northwest corner of the property along Third Street--pictures are before and after a little weeding., July, 2015.